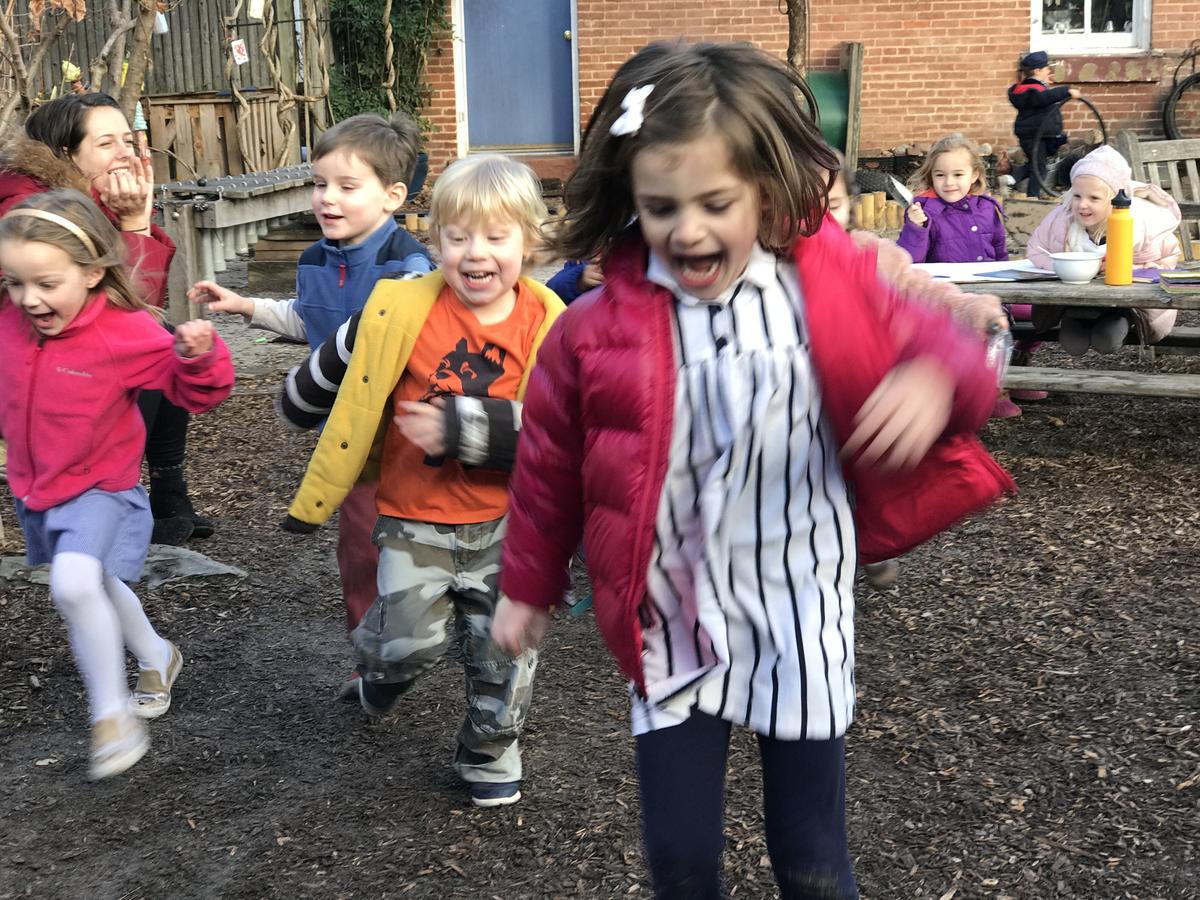 St. John’s Episcopal Preschool is the sequel to a legacy of parish programs for children at St. John’s Georgetown, dating from the mid-19th century. Beginning in the years after the Civil War, then again during the Depression, and in the 1970’s, St. John’s Church sponsored educational programs for young children and their families.

“You don’t have to sit all day in front of a blackboard and do math. You get to learn through play.”

In the early 1990’s a group of women parishioners convened the Founders’ Committee to once again bring a school for young children to the Church. On March 4, 1997, the door of the Preschool opened to four children. By June enrollment had grown to eight. This rapid expansion characterized the development of the School as it filled to its capacity of 45 children. The development of the educational philosophy has been influenced by a spectrum of early childhood theories. Our primary inspiration comes from the Municipal Preschools of Reggio Emilia, Italy.

St. John’s Episcopal Preschool has become more than the founders and parishioners ever dreamed. The vision of those who believed in St. John’s legacy of programs for young children and their families inspired all who made these dreams a reality. St. John’s is counted as one of Washington’s best preschools with a unique program that commands respect from families and educators in our city and beyond.

What the children say:

“The school is made for people who really like to have fun and have friends and have a sense of wonder.”

“I know how to play by myself at home but at school I get to play with everyone!”